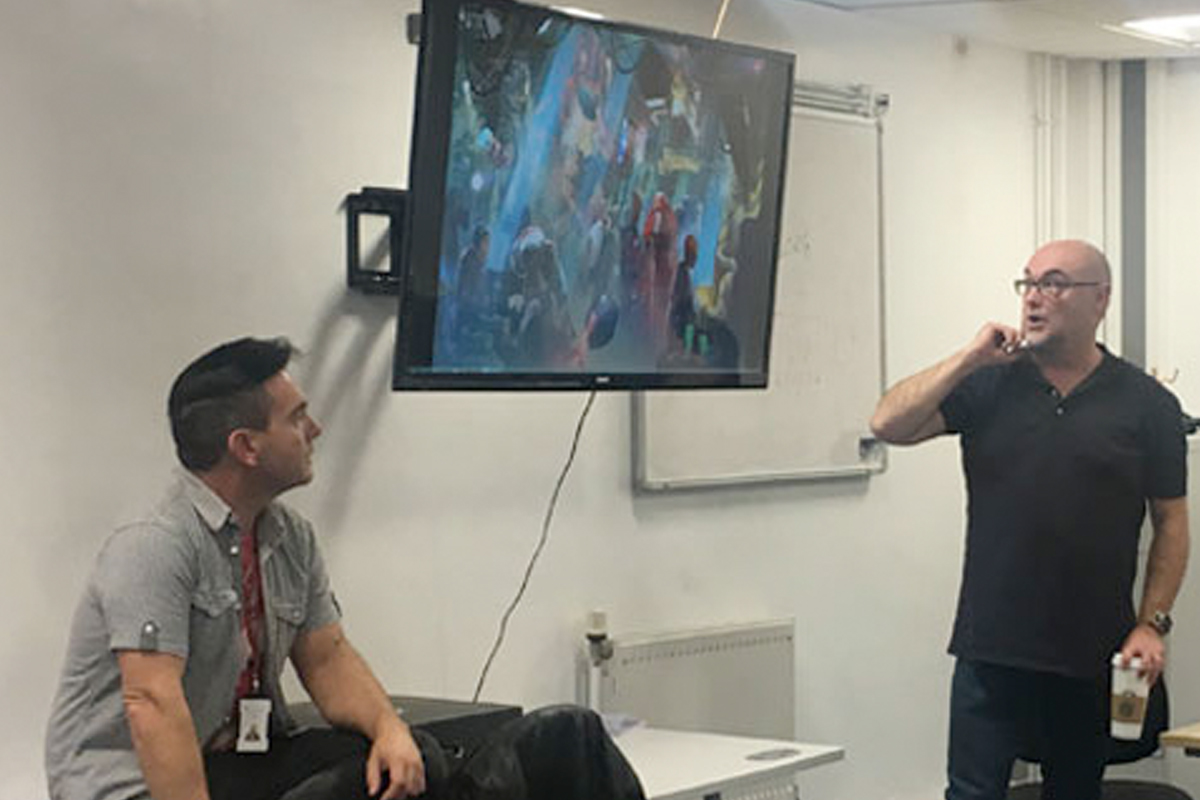 tudents from University Centre St Helens’ BA (Hons) Game Art and Graphic Design degree courses were excited to attend a special guest lecture from Col Price, an experienced concept artist and art director who has worked on some of the world’s largest film, television and game titles.

The special lecture, part of their degree studies, gave students a useful insight into industry and career options as well as some excellent networking opportunities. Col also spoke of his career journey after being in the industry for more than 20 years.

Starting his career in game art during the 1990’s, he now works as a concept artist covering films, games and television, working with some of the industry’s top names including, EA, AMC and the BBC. He also spoke of his more local partnerships with Manchester based company, Fabric. More famously known for his Sci-Fi work, Col has seen his work featured on large-scale platforms with the likes of Apple adverts and Battlefield video game series.

Despite the success that he has witnessed throughout his career, he also spoke of his frustrations, explaining that a portion of his work may not be shown, despite putting in so much effort. He also unveiled the glamour of working with such big industry names but explained the importance of his more personal work, that he carries out alongside.

Col continued to speak of his favourite experiences during his time, including his involvement with a major TV series, where he says he was “sat drawing zombies all day”. His international partnerships doesn’t end there, working on Chinese big budget TV show, Lost in Kunlun, after nine months and 62 spaceship designs later. The designer has also seen his work take a “techier” route, seeing his tech designs featured in the latest Adrift 2, a new VR game.

The students were eager to quiz Col, asking what his favourite software is? With him revealing that 90% of his work is in fact done on simple packages like Adobe Photoshop and Studio Max.

Col made a lasting impression with the students, receiving great feedback from the session. Students Rebecca Tipler and Aljeth Yumuya said “It was really helpful and informative in applying his processes to my own work. He was very inspiring giving insight into how the industry works and also how to approach companies with our portfolios.”

Commenting Col said: “I thoroughly enjoyed speaking to the students at University Centre St Helens this week. It’s fantastic to see a course run like this with such talented staff members that have a full understanding of the industry and its workings. This is invaluable in today’s market; the students are in safe hands.”

Dean Betton, Programme Leader for BA (Hons) Game Art, commented: “It was such a pleasure to have an industry expert like Col involved with the degree. It’s fantastic to see people like him supporting the degree, giving students the best insight into the industry.”